Legal aid regarding the rights of employment relationship, issues that are related to realizing the right on pensions prohibited by the Republic of Serbia

Serbia had prohibited pensions for Kosovar retirees from June 1999, after the end of the war in Kosovo. Serbia took the Pensions Fund and this way Kosovo’s retirees didn’t get the chance to realize their own rights coming from this fund, since July 1999. Currently it is estimated that there are 50 thousand retirees, whose rights were denied having a pension based on their contribution.

On April 17, 2012, the European Court of Human Rights in Strasbourg has issued a decision by which it has recognized the right of citizens of Kosovo, respectively of Mahmut and Lutvije Grudiq to realize their pension from the Pensions Fund and to be retroactively compensated for their pensions. This decision of the Strasbourg’s Court is mandatory, and the Republic of Serbia is forced to implement it since the year 2012 for all citizens of Kosovo that have contributed in the Pensions Fund of Kosovo, that was later misappropriated by Serbia

Even though the Strasbourg’s Court recognizes the right to all contributors in Pensions Fund of Kosovo, misappropriated by Serbia, due to the lack of information or any other reason, very few retirees have followed legal roads to demand the pension from Serbia. Consequently, they had no financial opportunity to carry their rights from the Pensions Fund of Serbia.

CLA will provide legal services for retirees to initiate proceedings and benefit pensions from the Pensions Fund misappropriated by Serbian’s authorities in the end of the war. 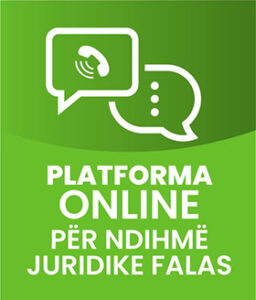